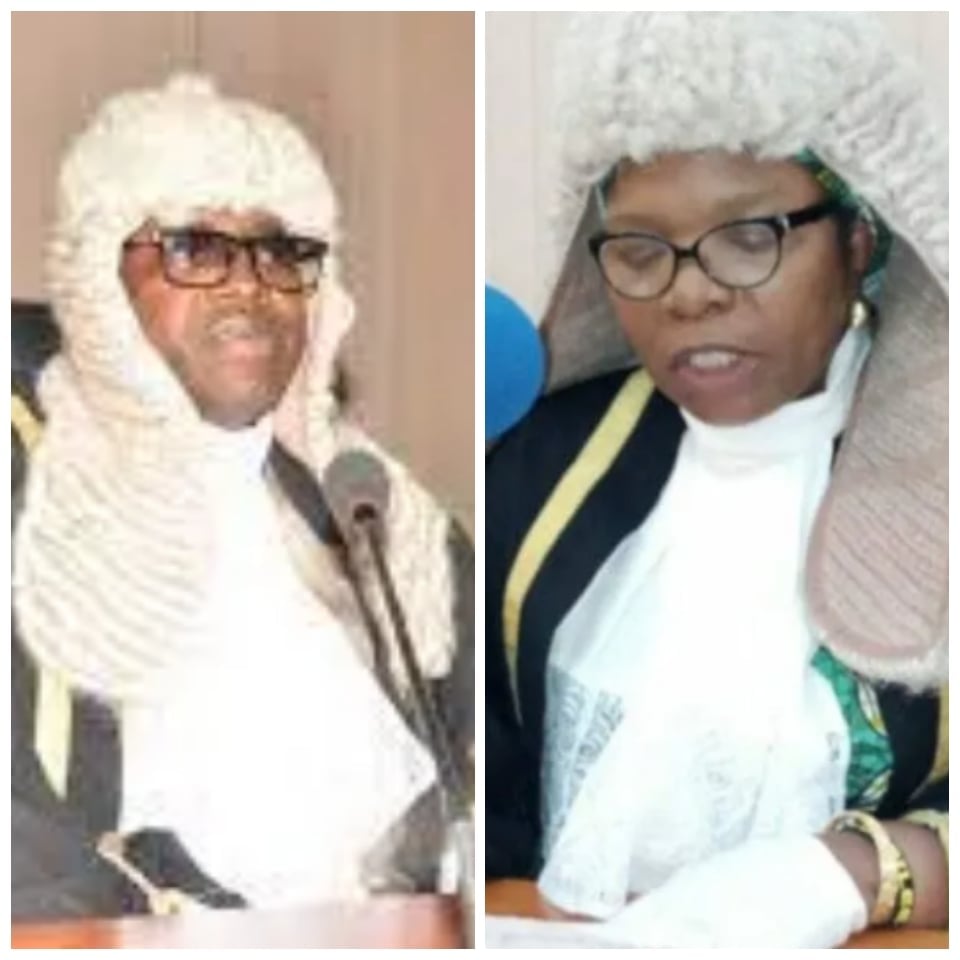 Reasons Ekiti Speaker Was Impeached And Replaced Immediately By A Woman

Aribisogan was immediately replaced by the Assembly Chief Whip, Rt. Hon. Olubunmi Adelugba from Emure Constituency who was unanimously elected the new speaker by all the 17 lawmakers present at the plenary presided over by Deputy Speaker Hakeem Jamiu. The oath of office and the oath of allegiance were subsequently administered to Mrs Adelugba, who became the first female speaker in the history of the Ekiti State House of Assembly since the return to democracy in 1999.

Thanking her colleagues for finding her worthy to be elected, the new speaker promised not to take the trust and confidence reposed in her for granted. She later adjourned sittings of the House indefinitely.

Six other lawmakers in the Assembly were also slammed with suspension for compromising the process of the election that produced Aribisogan as the speaker on November 15, among other alleged unpatriotic and unparliamentary conducts capable of threatening the peace of the state.

Aribisogan and the six erring lawmakers were subsequently barred from the vicinity of the Ekiti State House of Assembly Complex within 1.5 km radius for their acts which, according to their colleagues, offend the provisions of the House Standing Rules and the Constitution of the Federal Republic of Nigeria.

The legislative penalties meted out to Aribisogan and his accomplices followed the consideration and adoption of the report of a six-member Adhoc Investigative Committee constituted to look into the circumstances surrounding the non-passage of the 2022 Appropriation Bill which they said could cripple governance in the state.

Jamiu who presided over the plenary until the election of Mrs Adelugba had earlier dissolved all existing principal positions and appointed Hon. Johnson Oyekola Bode-Adeoye as the new leader of Government Business while he also resuscitated the already dissolved Committee on Appropriation.

Jamiu also added that the axed lawmakers are to hand over properties of government in their possession to the clerk of the State House of Assembly and any one of them wishing to be reabsorbed must write a letter of apology to the leadership of the legislative house.

Apart from the allegations contained in the report of the adhoc investigative committee, Jamiu also frowned at the impeached speaker for denigrating the image of the House by taking the internal affairs of the state legislature to the conventional media and social media, an act he described as unacceptable.

Chairman of the Investigative Committee Bode-Adeoye had earlier laid the report of the findings of the panel before the lawmakers which were unanimously adopted before the impeachment process against Aribisogan and the suspension of six others commenced.

The committee found Aribisogan and the six other legislators culpable as a result of their unpatriotic acts that stalled the passage of the 2022 Supplementary Appropriation Bill, recommending the impeachment and indefinite suspension of the ex-speaker from office with immediate effect.

The committee also recommended the indefinite suspension of the six legislators for various unparliamentary acts which they allegedly carried out in cahoots with the deposed speaker.

The alleged offences include causing disaffection, tension and apprehension among Assembly members whose votes were not allowed to count at the November 15 election of a new speaker to replace the late former Speaker, Rt. Hon. Funminiyi Afuye.

The committee also found them guilty of compromising the security of the House of Assembly members thereby putting the lives of innocent staff and members as a whole in danger by importing hoodlums armed with dangerous weapons into the gallery and chambers of the complex.

The former speaker and his six colleagues were also declared complicit by the committee for their alleged roles in desecrating the premises and the hallowed chambers when in the wee hours of the morning of Monday, November 14, precisely at 2:00 am by bringing people suspected to be juju men for ritual purposes.

The committee, in the course of its investigation, invited leaders of the House to shed light on their roles in the non-passage of the 2022 Supplementary Appropriation Bill and other unpatriotic activities.

Mrs Adelugba who was the Chairman of the Finance and Appropriation Committee was summoned before the committee to explain the role(s) played by her or her committee on why the Supplementary Appropriation Bill had not been passed.

The new speaker appeared before the Investigative Committee to clear herself of any wrongdoing in the stalling of the Supplementary Appropriation Bill.

Other Honourable Members that had useful information were allowed to make representation/presentation while others neither appeared nor forwarded any document to the committee in the course of the investigation.

The new speaker, Mrs Adelugba, after adjourning plenary led her colleagues to the state secretariat of the All Progressives Congress (APC) to officially inform party leaders of the change of leadership in the assembly.

Ken Sarowiwa Sacrifices Not In Vain:…

Community Reports: The Other Side Of…