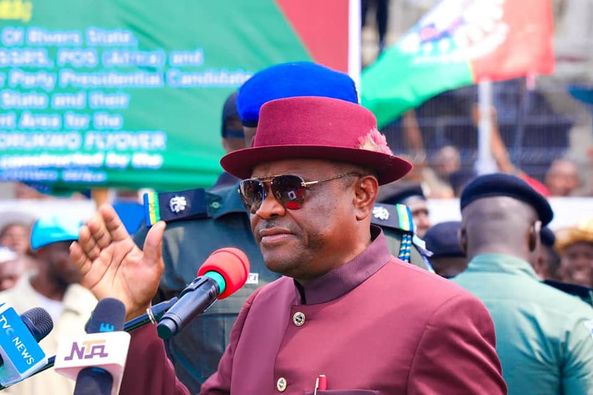 Rivers State Governor, Mr Nyesom Wike, on Saturday advised leaders of the All Progressives Congress (APC) to avoid wasting money for electioneering in the State, saying that the Peoples Democratic Party (PDP) was the only party to beat in next year’s general elections.

Wike spoke during the State Honours and Awards ceremony held at the Banquet Hall, Government House in Port Harcourt, the State capital.

“Lawyer, you must make money but here don’t worry yourself; nobody would win here,” he said during the event, urging opposition parties not to waste their resources campaigning in the State.

The governor specifically passed the message to APC chieftains present at the event, which include the Attorney-General of the Federation and Minister of Justice, Abubakar Malami, SAN; Governor Dave Umahim of Ebonyi State, and his Kogi State counterpart, Yahaya Bello, who were part of the awardees.

See also  Why Female Governorship Candidates Will Do Better Than Men

“I told David Umahi, Governor of Kogi and Abubakar Malami when they came to visit me, ‘Don’t put money here it won’t work; it is a no-go area’,” Wike boasted.

According to the Rivers State governor, his government already has a successor and his choice was based on the good works of his administration.

See also  27 Dead Bodies Believed To Be People Who Suffocated On Their Way To South Africa, Dumped By The Roadside