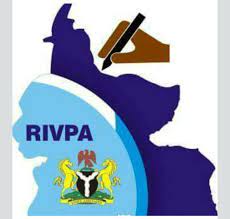 The decision was unanimously taken at a RIVPA emergency Congress meeting, following the ratification of a report submitted to Congress as a result of a petition written against Mr. Mike Chibuoso Iwezor, and a vote of no confidence passed on Mike Chibuoso Iwezor by the Executive members of the association.

His indefinite suspension is anchored on alleged gross violation of RIVPA’s constitution, illegal admission of persons into the association, administrative high-handedness, abuse of office, dereliction of duty, amongst others.

Meanwhile, the RIVPA congress has appointed Mr Zeismer Ifeanyi Evans-Osi as the Acting chairman of the association.

Until this recent elevation, he was the vice chairman of RIVPA.