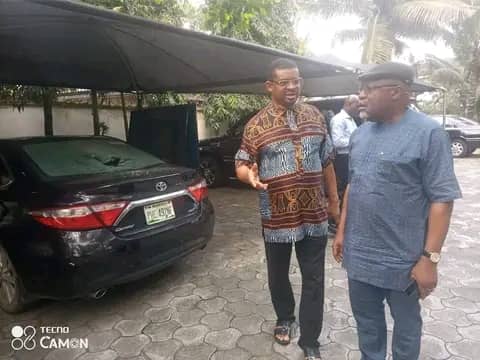 A source said that the hoodlums came from a nearby street, shot sporadically at his entrance, and eventually broke into the former Senator’s compound.

They reportedly destroyed about five cars, including a jeep, while three persons in the compound, including Senator Maeba’s relative scampered for safety.

When the assailants left, at about 10:50am, a team of operatives of the Department of State Services DSS and policemen along with the Senator were seen driving into the residence

Maeba and several other prominent PDP leaders in the State are supporters of the party’s presidential candidate in the 2023 elections, Alhaji Atiku Abubakar.

We gathered that although the thugs could not gain access into the main residence of the former federal lawmaker, his older brother was, however, injured during the attack.