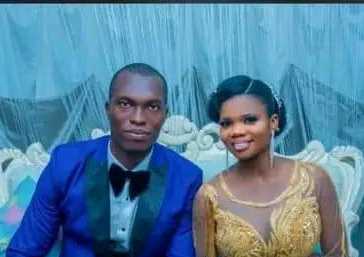 The families, friends, and relatives of Mr. Ezeaku Christian Ogoegbulam are currently in sorrow as they bid the last farewell to their children, the late Mr. and Mrs. Ezeaku Chukwuemeka who were allegedly murdered by kidnappers.

A source revealed that the deceased couple was with their 4-month-old baby whom the kidnappers abandoned in the car and whisked the parents away. it was further gathered that the kidnappers after collecting a whopping amount of ransom had their cell phones switched off

Consequently, the development had for the whole period kept everyone in the dark not until after 2 months that the bodies of the deceased were discovered along Nobi – Uke road.

A source has requested that the public prays for their happy repose and for God to give them justice, noting that Evil will not rule in the land of the righteous.