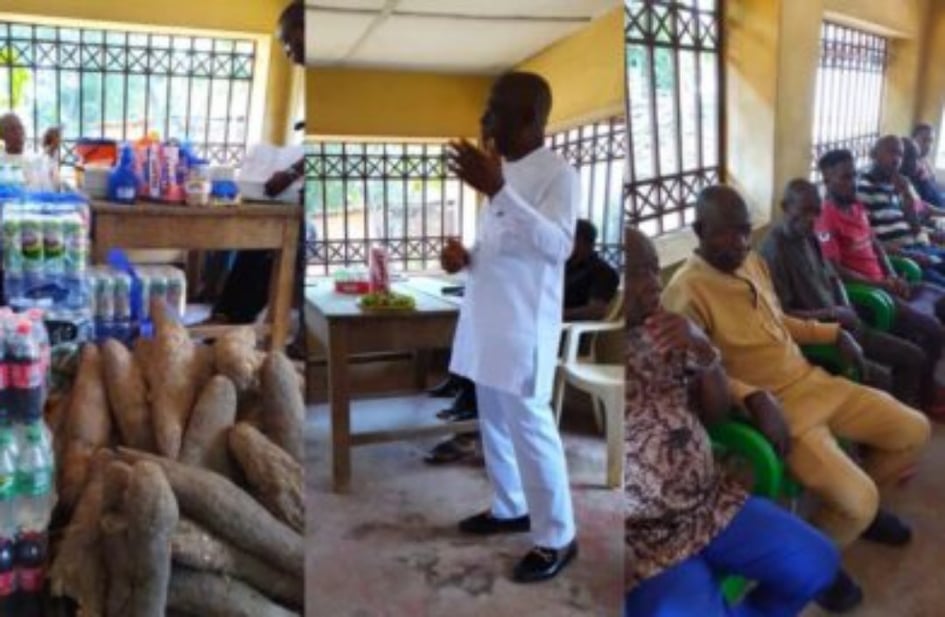 Nigeria International singer, David Adeleke, Also known by his stage name, Davido has reportedly married his girlfriend, Chioma Avril Rowland both traditionally and in the registry.

Chioma’s dad who is pictured in all white did the umunna rites and umuada rites.

OBO is said to have paid in cash and even kids got a share in the bride price.

The rites was done in Lagos before their son Ifeanyi was buried.

Chioma’s father was in the village during the Festive period of 2022 and on January 3, 2023 the Umunna and Umuada were settled.

The traditional wedding which was done in his father’s house, had few family friends in attendance with no camera allowed.

Recall that Davido had vowed to marry Chioma next year, but after the tragedy happened, the singer speedily wedded her.
The traditional wedding was held on November 6th, to console Chioma and assure her of her place with Davido.