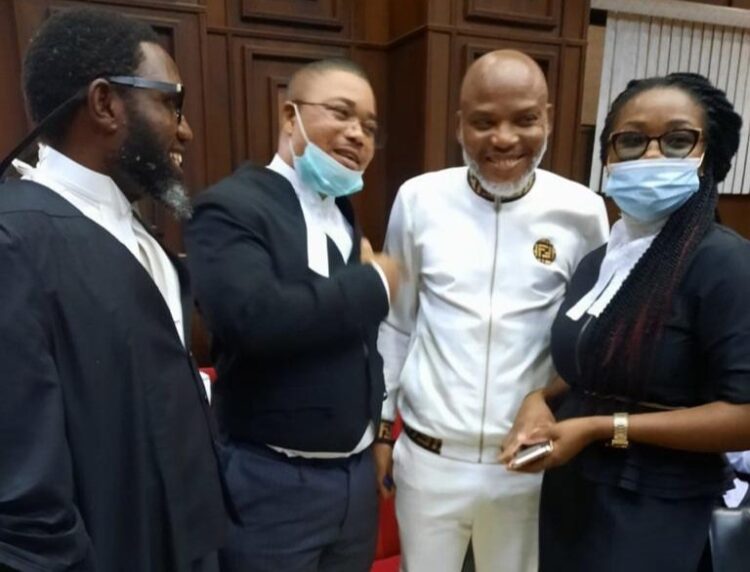 Jarvis Johnson a lawmaker in the State of Texas House of Representatives has said that Nnamdi Kanu may die in solitary confinement .
He urged the Buhari led Federal government to free Nnamdi Kanu due to his deteriorating health. Johnson said the Nigerian Government was committing genocide against the Igbo people by refusing to release Kanu.

He made the call in a statement he signed and forwarded to DAILY POST by Kanu’s Special Counsel, Aloy Ejimakor. He recounted how the Nigerian Government allegedly abducted Kanu in Kenya and refused to release him despite court orders and calls by the United Nations Working Group.

See also  Notorious Cult Kingpin Hacked To Death By Ally, Elderly Man Trapped In The Cross Fire Burnt To Death By The Gang War In Diobu

The statement reads partly: “Mazi Nnamdi Kanu, is the foremost Freedom Fighter for the rights of oppressed people in Nigeria. “The Nigerian Government has refused to obey the orders of its own courts, and Kanu remains in solitary confinement enforced by its Secret Police. “Kanu’s health conditions have been ignored by Nigeria’s Secret Police. He has been denied access to his doctors and to the regular supply of his medications. “His health has increasingly deteriorated, and it is now feared that he may die in solitary confinement.”

See also  Why Female Governorship Candidates Will Do Better Than Men

Johnson pointed out that Kanu’s only offence was his agitation for Biafra.

He urged the US government to prevail on its Nigerian counterpart to stop the genocide against Kanu.

“I am demanding the immediate release of Mazi Nnamdi Kanu. The Government of Nigeria needs to comply with the UN Mandate and the Orders of its own Courts. The Nigerian Government is carrying out another form of genocide, one citizen at a time,” he added.

6 Out Of 31 Kidnapped Train Passenger At…