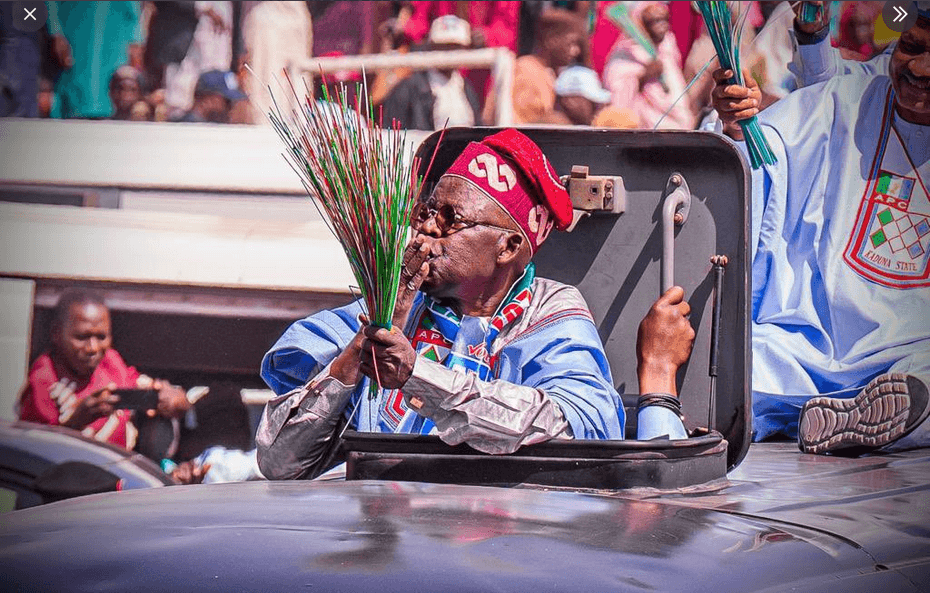 The All Progressives Congress (APC) has debunked Rumour that its presidential candidate, Bola Tinubu was rush away from the campaign ground in Minna as a result of ill health

The Director of Publicity of the Tinubu/Shettima campaign council, Bayo Onanuga said the sudden departure of their presidential candidate from the rally in Minna on Wednesday (today) was a result of too much crowd that want to greet the former governor of Lagos state. Bayo Onanuga said since Tinubu has other engagements with other stakeholders in the state, he had to leave the campaign ground The APC presidential campaign spokesman in a release on Tinubu/Shettima campaign website said health was not responsible for the sudden rush of the campaign ground.

The statement read, “A massive crowd of APC supporters welcomed the presidential candidate, Asiwaju Bola Ahmed Tinubu, to Minna on Wednesday, as he arrived for the mega rally.

“The cheering crowd was unprecedented, according to journalists at the Trade Fair Complex, venue of the rally.

“Tinubu, who held another successful rally in Kaduna on Tuesday, arrived in Minna in the evening of the same day for a series of meetings with APC leaders.

“The crowd was so huge that Tinubu spoke briefly to appreciate the supporters and identified the party candidates seeking elective positions.

“Contrary to the rumours that he was rushed off stage because of health concerns, Tinubu cut it short to attend to other programmes of the day.

“He commended the party supporters for coming out en masse to witness the flag off of the presidential campaign.”

Your Best Is An Abysmal Failure- PANDEF Replies…