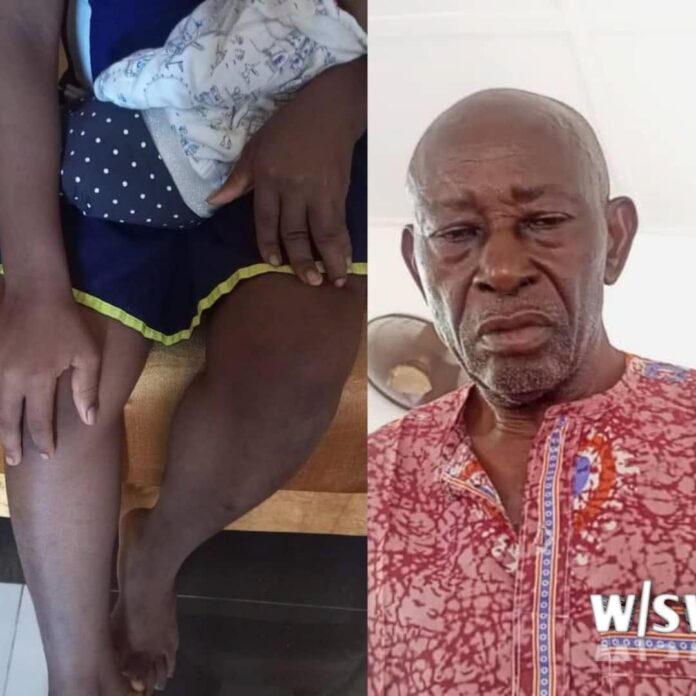 The 75 year old suspect stated this in an interview in Awka when he was asked the reason behind such action.

In his defense he said that he was only playing with the young girl and never intended to impregnate her.

This is coming after he was arrested last night by the Nigeria Police Force with the help of the honorable commissioner for women and social welfare, Hon Ify Obinabo.

Recall that over the weekend, a video of a 13 year old girl who was impregnated by her guardian went viral on the internet which prompted a swift response from the Women and social welfare boss.

The emergency response saw to the rescue of the girl and arrest of the suspect.

The young mother is currently in a safe place as the suspect will be arraigned in court for prosecution.

FG Can Stop Simon Ekpa By Calling On…