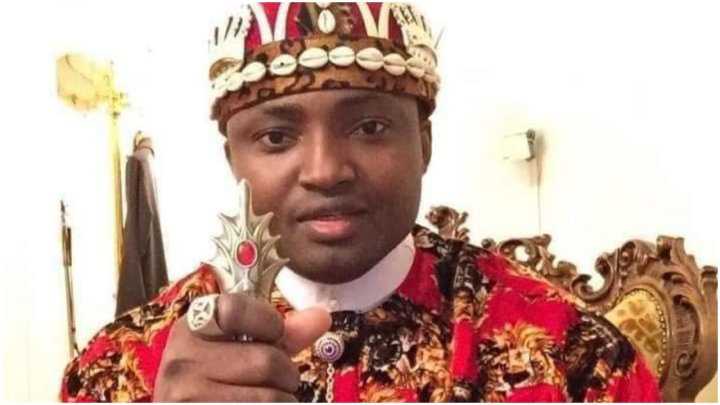 Former deputy leader of the proscribed Indigenous People Of Biafra (IPOB) and Director of communication, Biafra Defacto Customary Government, Uche-Mefor has revealed how Simon Ekpa and his legions of terrorists fueling insecurity in the Southeast region can be stopped.

Uche-Mefor, former deputy leader of IPOB, speaking exclusively with News Band Newspaper, said there is no difference between Nnamdi Kanu and Simon Ekpa. According to him, Kanu recruited Ekpa to change the narrative after he was re-arrested in 2021 but the Ebonyi born terrorist haven seen the lucrative business in the criminality of IPOB decided to have his own franchise. He said, “First, Simon Ekpa and IPONK-IPOB are the same. Nnamdi Kanu recruited Ekpa to change the narrative. But Ekpa abandoned the narrative he came to change and started destabilizing his master Nnamdi Kanu the supreme liar. He saw the lucrative business in the criminality of IPONK-IPOB and effectively opted for his own franchise. Supporters of Simon are also supporters of Nnamdi Kanu, the supreme liar.FG CAN STOP SIMON EKPA BY CALLING FINNISH AMBASSADOR IN ABUJA TO ORDER BUT DELIBERATELY WONT DO SO —

Speaking further, he said the Nigerian government knows what to do to stop Simon Ekpa and his legions of killers but the powers that be choose to look the other side because of selfish political reasons. “The Nigerian government knows what to do to bring the ring leaders of these terror and carnage against Igboland and Igbo sons and daughters to justice but they are obviously enjoying it for their selfish political reasons. So many embassies from all the continents of the world are in Nigeria.

The Finnish embassy is in Nigeria if they want to call Ekpa to order, the Nigerian Embassy in Finnish can do that. The same applies to countries like the United States, the United Kingdom and the countries of the European Union where fundraising are being conducted from to sponsor these violence against Igboland and her people. All these are at the diplomatic level. Nigeria can summon the ambassadors of these countries in Nigeria and press it upon their governments that if the don’t stop their citizens from sponsoring violence against the civilian population, that they would close their embassies and vice versa, and severe diplomatic ties, if only they are serious.

“The same goes to those who are raising funds to sponsor ESN-UNKNOWNGUNMEN in killing of Igbo sons and daughters. But, even if the federal government of Nigeria cannot do it, what prevents the governors from the affected States from petitioning the countries where this violence is being sponsored from, through the foreign embassies in Nigeria and the Nigerian ambassadors in those countries? On the whole, I would not talk if not that these criminally minded gangs are intent and determined to inflict maximum damages on Igboland and Igbo sons and daughters. IPONK-IPOB wants armed struggle/guerrilla warfare, let focus on military targets and not soft spots like the civilian population in Biafraland. Let it be military target against military target. “ESN-unknown-gunmen-IPONK-IPOB must stop their cowardly acts of slaughtering Igbo Biafran sons and daughters because that is criminality and not freedom fighting. Engaging in these systematic human rights violations against our people is unacceptable, and we shall never keep quiet over it. With this criminality, they have dented the Biafra Restoration Struggle beyond recognition and in bad light. Anything outside human rights compliant Biafra is criminality.”