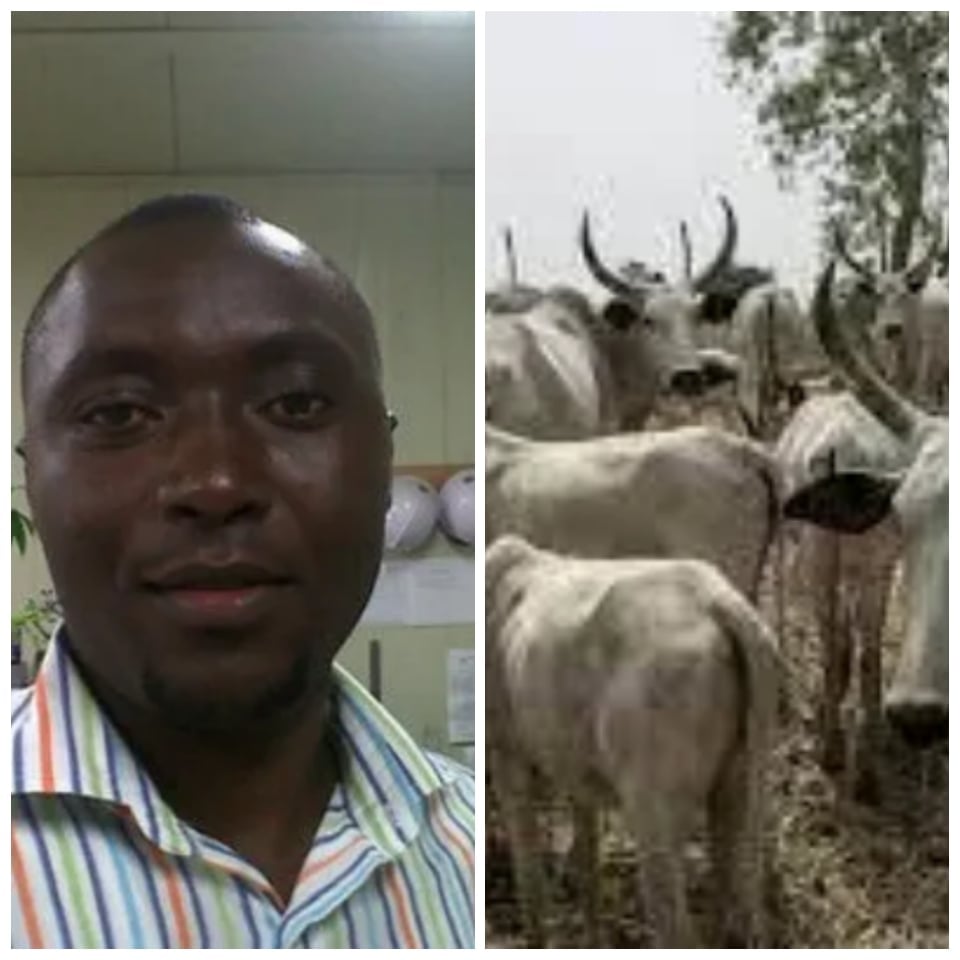 Tragedy struck at Obogoro community in Yenagoa Local Government Area of Bayelsa State as a cow bought to celebrate Christmas killed a former youth president of the community, Mr Sobokime Igodo. It was gathered that the deceased and a group of friends had contributed money to buy the cow and share it as they normally do every Christmas.

According to the residents of the area, the incident happened at the deceased’s residence where sharing of the cow was supposed to take place.

See also  I No Longer Like My Wife, I Want To Divorce Her- Man Seeks Advice

It was learnt that the two butchers hired to kill the cow were unable to make the animal stand so they could tie its legs before killing it.

Igodo was said to be on a phone call when the cow suddenly got up and charged towards him, kicking him and slamming his back on the floor.

He was said to have been rushed to the Federal Medical Centre (FMC), Yenagoa, from where he was referred to the University of Port Harcourt Teaching Hospital.

A source confirmed that the youth leader later died at the teaching hospital in Port Harcourt.

When contacted, the police spokesman in Bayelsa State, SP Asinim Butswat, denied knowledge of the incident. He however promised to contact the Divisional Police Officer in charge of the area and revert to our reporter. He had not got back as at the time of filing this report. (Daily Trust)

Pastor Stripped Naked, Paraded On The Street After…