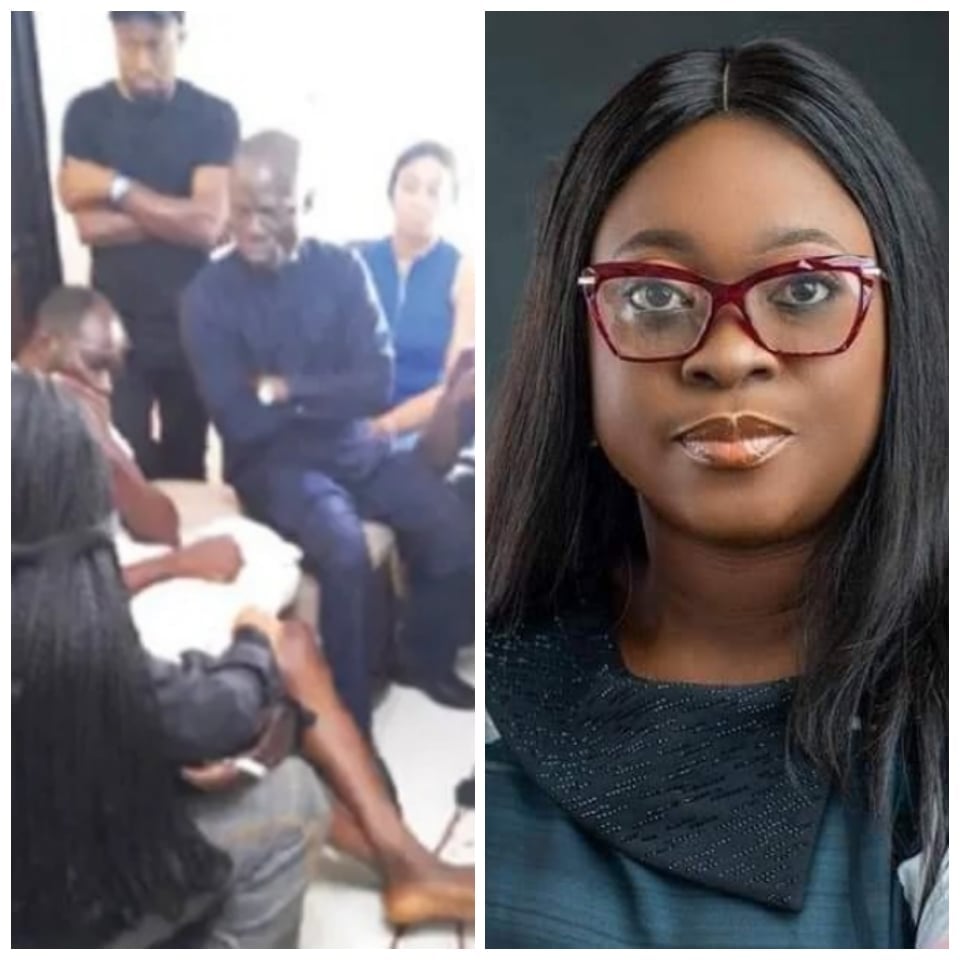 Gbenga Raheem, the husband of a female lawyer, Omobolanle, who was shot dead by an Assistant Superintendent of Police, Drambi Vandi, has narrated how his wife was killed. Gbenga spoke on Monday when sympathizers visited his house in the Ajah area of Lagos State.

Recall that Omobolanle was coming from an eatery with some family members on Christmas Day and had tried to make a U-turn under the Ajah Bridge when the cop shot at her vehicle.

The bullet was said to have hit the 41-year-old as she was rushed to a hospital, where she was confirmed dead.

The woman, who had a child, was seven-month pregnant when tragedy struck.

Vandi, who was attached to the Ajiwe Police Station, Ajah, Lagos State, was said to have spent 33 years in the police force.

Narrating the ugly incident the victim’s husband, Gbenga, said, “On December 25, my wife, nieces, nephews, and cousins, who had come for the holiday, all went to church. On our way back, my wife said since it was Christmas Day, we should take everyone out, so, we went to a supermarket at Abraham Adesanya, then to Domino’s Pizza.

“After that, we headed towards Ajah to do a U-turn to come back to Abraham Adesanya. When we took the U-turn, we saw policemen stopping some vehicles. As we approached them, they said we should stop, and in the process, we heard a loud sound on my wife’s side window. All of a sudden, I saw blood gushing out of her chest.

“I immediately ran out; my sister-in-law, who was also with us, ran out and held the policeman; he cocked his gun at her too. Talking to him was pointless, so I went to see if anything could be done; I saw my wife gasping for breath, and by that time, my sister-in-law had brought the policeman into the car and pushed him into the front seat.

“We drove to a hospital but they said they couldn’t handle it; we eventually took her to Grandville Hospital, where she was confirmed dead. The policemen took her body and put it in the truck; they wanted me to follow them but I said I needed to go and settle my children.”

Bolanle, a graduate of the Olabisi Onabanjo University, Ago Iwoye, Ogun State, recently moved from litigation practice to property law.

She was the Chief Executive Officer of Croston Homes and co-founder, City Building, a real estate and property development company.

The deceased worshipped with the Redeemed Christian Church of God, Olive Tree Parish, Banana Island, Ikoyi. Lagos, where she functioned as a Sunday school teacher.

The Inspector-General of Police, Usman Baba, in a statement on Monday by the Force spokesperson, CSP Olumuyiwa Adejobi, ordered speedy prosecution of all the policemen involved in her killing.

The Lagos State Police Public Relations Officer, Benjamin Hundeyin, said the police would carry out a reappraisal of its rules of engagement in a bid to put an end to such avoidable incidents.

He said, “The Commissioner of Police, Lagos State Command, CP Abiodun Alabi, has expressed heartfelt condolences to the family, friends, and colleagues of Barrister Bolanle Raheem, who was shot dead by a police officer in Ajah on Sunday, December 25, 2022.

“On the instruction of the Commissioner of Police, the errant officer has since been taken into custody alongside his team members. The CP has equally directed that the case be transferred to the State Criminal Investigation Department, Yaba, for an in-depth investigation.”

The Chairman of the Nigerian Bar Association, Lagos State chapter, Ikechukwu Uwanna, on Monday, said the NBA President, Yakubu Maikyau, and his executive committee were monitoring the situation. 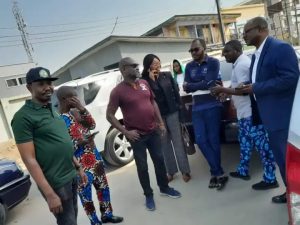 The NBA National Publicity Secretary, Akorede Lawal, in a statement, said the union president had demanded that the police disclose the details of the killer cop. He said, “The NBA president has engaged the police authorities, including the Assistant Inspector-General of Police, Zone 2, (Mr Bode Adeyinka Adeleke) as well as the Commissioner of Police, Lagos State, (Mr Abiodun Alabi). In this regard, the NBA is able to report that the Lagos State Police Command has confirmed that the suspected murderer of our member is one ASP Drambi Vandi, an officer, who has been in the police service for 33 years!

“The NBA president has informed the police of the resolve of the NBA to be a complainant in this case along with the family of late Mrs Omobolanle Raheem.”

The Governor of Lagos State, Babajide Sanwo-Olu, promised speedy justice for the lawyer.

Sanwo-Olu, in a statement by his Chief Press Secretary, Gboyega Akosile, on Monday, stated that his administration would not tolerate the killing of citizens by law enforcers who should protect them.

He said, “I’m aware that the Lagos State Police Command has arrested, disarmed and detained the police officers involved in the shooting incident. I can assure you that the accused persons will have their day in court and nothing will be spared under the laws of Lagos State until justice is served adequately. We will ensure that it is done speedily because justice delayed is justice denied.”

The presidential candidate of the Peoples Democratic Party, Atiku Abubakar, also condemned the killing of the lawyer.

Atiku, in a post on his Facebook page wrote, “The shooting of Bolanle Raheem by a police officer is heartbreaking and stands condemned. This latest shooting calls to attention the urgent need for police reforms that will sanitize the force and bring it in line with best policing practices.

“I call on the police authorities and the justice system to expedite action on the matter, as justice delayed is justice denied. This will serve as a deterrent to the incidents of irresponsible shooting of innocent citizens by law enforcement agents.”

Meanwhile, Nigerians have demanded the removal of the DPO of Ajiwe Police Station, saying extra-judicial killings are becoming rampant in the division.

Recall that on December 7, 2022, one Gafaru Buraimoh was shot dead by a policeman attached to the division.

A Twitter user, @announcer, wrote, “CP Lagos, help Ajah. This is the second incident in less than three months at Ajah.”

Another user, @Iceugwa, said, “Demote the DPO, area commander and the CP Lagos State as a caution for not controlling their men.”