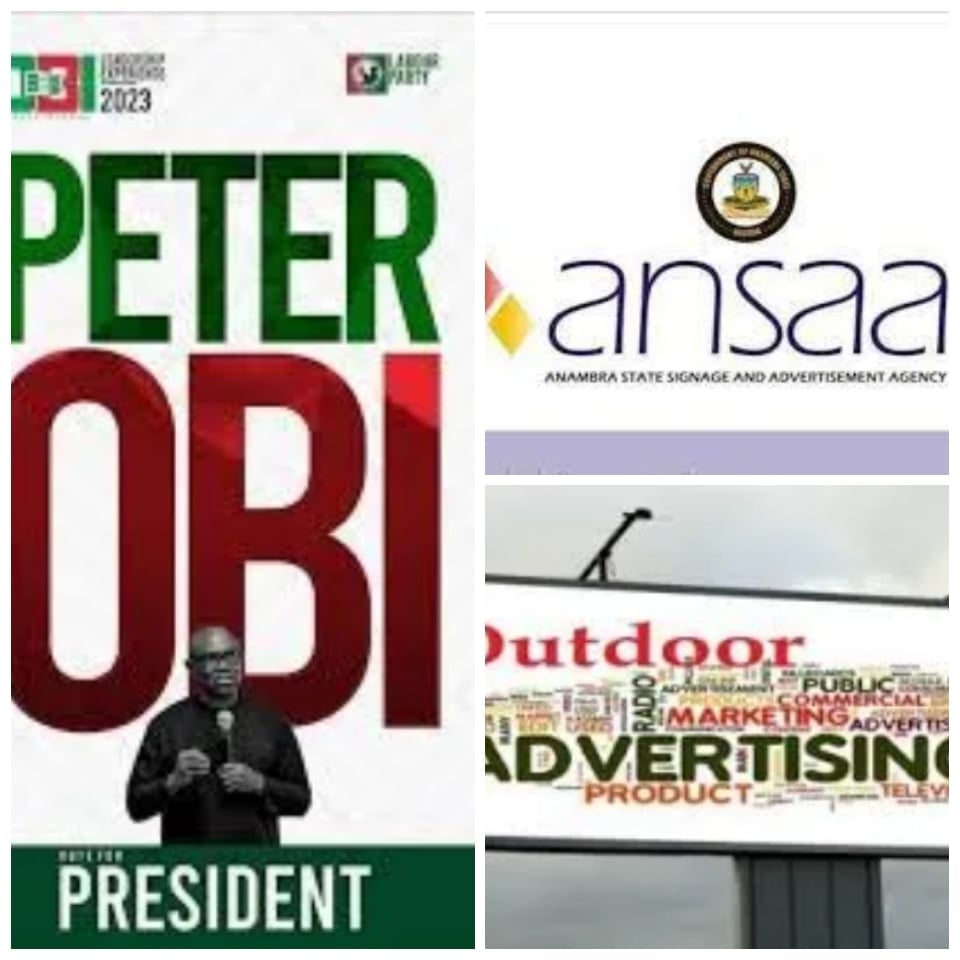 Anambra Governor Chukwuma Soludo has given presidential candidate of Labour Party (LP) two weeks to clear debts of posters and billboards or have them defaced.

Anambra State Signage and Advertising Agency, (ANSAA) threatened other candidates and parties to pay up too or face similar action.

A statement by ANSAA MD/CEO Tony Odili Ujubuonu on Sunday warned it would deface billboards and-posters of political parties and candidates owing the agency.

The agency said the enforcement of the order would begin on December 5,2022

The statement reads: “Anambra State Signage and Advertisement Agency through a letter dated 14th November, 2022, urged all Out-Of-Home advertising practitioners in the state to revalidate and register all their billboards.

“According to a letter addressed to both OAAN and registered Non OAAN practitioners, the agency has taken major steps towards sanitizing outdoor advertising practice in the state through ban on individuals, clients and government agencies ownership of billboards in the state.

“Having done this, the agency expected maximum cooperation from the practitioners in terms of registering their billboards and payment of campaigns but are yet to get such.

“As a result of the above, the agency has directed all billboard owners to provide the information required to register each billboard and also pay up for any campaign on them.

‘Through this release, the entire political party candidates for the upcoming general elections are urged to make sure those handling their campaigns have made payments to the government to avoid ANSAA defacing their campaign materials.

“The agency has also given a two-week grace to make such payments or face a legal enforcement.

“It has also gotten to the knowledge of the Agency that some political party candidates are erecting billboards on their own ignorantly. The Agency wants to state that this is not only wrong but illegal and any such billboard would be brought down without any notice, the structure seized permanently and auctioned.

“This lasts between 14th November to 5th of December.

‘It’s the wish of the Agency that by the 5th of December 2022, all billboards in the State must have been duly registered and paid for, as legal enforcement starts immediately.

“Remember ANSAA is your progress partner in business and we want you to succeed.”

‘Report Any Form Of Abuse By…