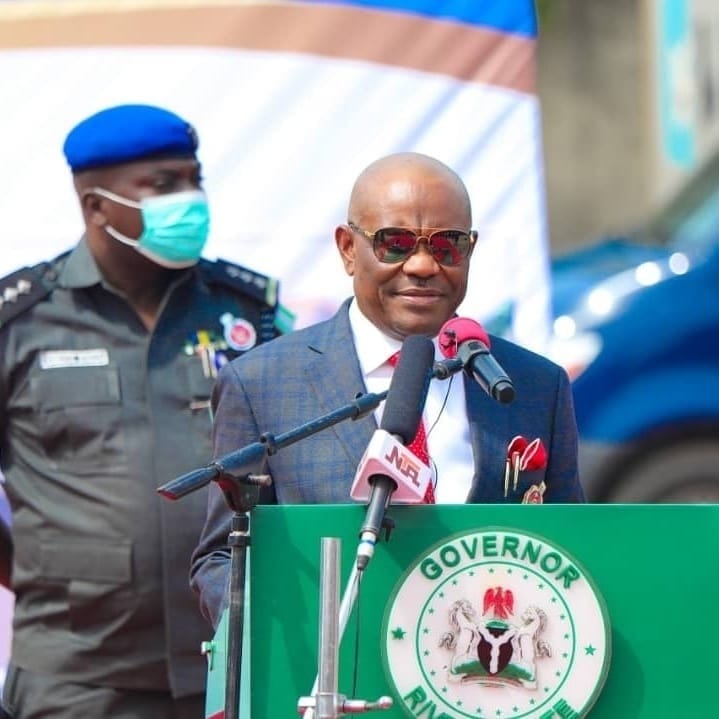 The Rivers State Governor Nyesom Wike, has threatened Commissioner for Works, George-Kelly Alabo, with termination over delay on a road construction project in the Abua/Odual Local Government Area (LGA) in the state.

Wike gave the commissioner a 24-hour ultimatum while conducting the flag-off of construction of Ekagho-Ogboloma-Adada Link Road in the state on Friday.

The governor stopped his address midway to seek out the representative of the contractor, Lubrik Construction Company. He was however informed that the woman in question had left after addressing the audience. Turning to an official off-camera, presumably his Commissioner of Works, Wike asked, “Why have they not mobilized to Abua? They collected the money; they collected [for the roads] here, so why have they not mobilized?”

The government official responded inaudibly to which the governor said, “What is preliminary works? Did they collect our money preliminarily? Call the company, now! Let them come here.”

When a man of South-Asian descent appeared before the governor, the latter asked why the company had not “moved to site on the other road in Abua” after collecting the state government’s money. “Soon we will start to move to that place,” the unidentified contractor replied.

“Commissioner for Works, I give you 24 hours. If they don’t move to site, return our money immediately,” he said to cheers from Ekagho residents in Rivers State. “You see, part of the problem – that’s why our problem is not only the company. Even those that are supervising the job are part of the problems we have. collecting the state government’s money.

“This company has collected the money more than two months ago, and you’re telling us now that they are preparing after [taking] money from us. Let them not move to site till tomorrow, I will sack you as the Commissioner for Works.”

According to Wike, there is no basis for the delay. “You don’t take our money and keep it in the bank, and do your other businesses, and then the people are suffering. Before you know it, in March, the rains will start and then you tell us, ‘Because of rain….’ It can’t happen,” he said.

The Rivers governor urged the people of Abua/Odual to “shout” and “cry” on social media if they perceive a slow rate on the project, saying the outcry would get to his attention.

“And when I know, make sure – in fact, the chairman of council, you must be giving me monthly reports of what is going on on these two roads in Abua/Odual. I don’t only want to depend on the reports from the Ministry of Works,” he said.

“In fact, what I will do now is to appoint people who will be my special assistants on these two roads, so that we will monitor what the Ministry of Works is doing.

“As they give me their own report, I monitor what they are doing because I’m no longer comfortable that a company will collect money for two months and the commissioner is telling me they are preparing. I can’t believe this. When you people go, you collude with them.”